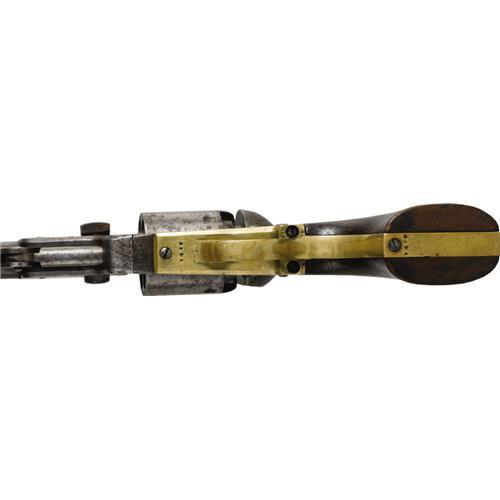 All posts in the ‘Leech’ category

Subscribe to the RSS feed for the 'Leech' category

Leech 3.1.4 is out with a couple of fixes. First, certain web servers were accepting URLs that didn’t lead to a file, but didn’t return an error. As a result, Leech would think the download succeeded, yet all you’d see in your Downloads folder was a file whose name ended with .leech—and if you have Leech set to clear successful downloads, it would also vanish from the window. Leech 3.14 is smarter about this, and no longer considers a successful connection the same as a successful download.

The other fix involved a scrolling issue in Mojave where part of the list would disappear on scroll, at least until you resized the window a bit.

Direct customers can update within the app by checking for updates, or by downloading a new copy of the app from the Leech web page. App Store customers should see the update in the App Store app soon, if not already.

Posted in Company News, Leech, Products | Comments Off on Leech 3.1.4—the pi release—is out

Leech 3.1.3 is out now; this is primarily a bug fix release—see the release notes for the gory details.

There is, however, one new addition to the Safari extension: You can specify a regular expression to help filter matches when using the extension’s “download all links” feature. You set the expression on Leech’s Advanced tab, and Leech then applies the filter so that only matched items are downloaded. (There are a couple examples of how to use it in the help file.)

App Store users should see the update in the App Store app; direct users can update in-app, or by downloading a new copy of the app from the Leech web page.

We’ve updated a number of our apps…

Following on the heels of Butler, Keymou, Moom, and Witch, we’ve updated the rest of our main app suite (excluding Name Mangler). As always, you can find the updates within the app or by downloading a new version (direct customers), or in the Mac App Store app (App Store customers). Here’s a little bit about what’s new in each app…

Some behind the scenes changes, and a fix for an annoying bug that could cause Desktop Curtain to stall for a few seconds after clicking a Desktop-covering curtain. [Release Notes]

We’ve rewritten the Leech extension to work with the new rules of Safari 12, and added support for Full Screen and Split View modes. [Release Notes]

We’ve added a checkbox so you can include windows from menu bar apps, fixed a bug that broke Time Sink on 10.9.5, and the Escape key can now be used to cancel interval dragging in the Activity Report window. [Release Notes]

Yes, it’s no longer for sale, but that doesn’t mean it doesn’t get updated. This update adds more fields to the CSV export, you can search for ‘or more’ star ratings by adding a plus (***+), and we fixed a preview-related crash when previewing a huge number of movies. And oh yes, if you use Smart Playlists with subdivisions, try selecting more than one subdivision—notice the search bar now lets you see the Union and Intersection of those selections. [Release Notes]

All of these updates are live now, though App Store customers may not see them just yet—but they should show as available very soon now.

Today we released an update for the App Store version of Leech. This minor update changes the way Leech accesses the filesystem via the sandbox; the method we previously used didn’t work correctly in macOS Sierra, which is due out within a couple of weeks. (Because the direct version doesn’t use the sandbox, no update is required for direct customers.)

If you’re an App Store Leech user, please update to 3.3.1 before installing macOS Sierra. The update should be available now, or very shortly, via the App Store app.

The change log details a few other fixes and improvements, too.

As usual, direct customers can get the update via in-app updating, or by downloading a fresh copy of the app. App Store buyers should see the update in the App Store app—if not now, then very shortly.

Posted in Leech, Products | Comments Off on Leech 3.1 released

Ever since Peter and I relaunched Many Tricks in 2010, we’ve never had an official software license agreement. The closest thing we’ve had is this blog post, which explains limits on the use of our apps across multiple Macs (tl;dr: Use them on as many Macs as you personally use). However, we’ve never had an actual end user license agreement (EULA) that spells out the legal license you agree to when you purchase one of our apps.

Well, we have one now—it’s also permanently linked in the sidebar here, and will be accessible from within our apps. And a really big thanks to Rich Siegel at Bare Bones Software, who generously agreed to let us use his document as a starting point. I found the Bare Bones EULA to be well written, brief, and easily understood; hopefully our version, which has only minor changes, is still all of those things.

After six years, why did we suddenly need an EULA? The truth is we probably should have had one from day one, but never really felt the need. Recently, however, we’ve received inquiries from government agencies and larger companies interested in buying our apps … and many of these customers aren’t allowed to purchase our apps unless we have an actual legal license agreement. So now we do.

Note that this doesn’t change anything relative to the usage of our apps; we still allow you to use one license to install our apps on as many Macs as you personally use. We just needed to have a formal legal software license for larger customers and government agencies.

Leech turns three…version three, that is

Say hello to Leech 3, a major update to our easy-to-use download manager. You can download a free trial to take it for a test drive right now.

We took what was good in Leech—simple UI, powerful rules, long-term history, etc.—and added lots of good stuff that our users have requested:

Head on over to the Leech product page to read all about this goodness, and more (like auto-sorting downloads into dated folders, for example).

Leech 3 is available now for $6 … oh, right, nearly forgot this tidbit: it’s available directly from us, of course, or for the first time ever, in the Mac App Store. The two versions are functionally identical, though the App Store version is (as required) sandboxed.

Note that anyone who purchased Leech 2 after November 1st, 2015 already has a Leech 3 license; check for upgrades within the app, and you’ll be up and running with a fully licensed copy of Leech 3.

Leech 2 owners: Typically, you’d expect to be eligible for upgrade pricing as an existing owner. In this case, given the app’s very low price, we decided against offering Leech 3 upgrade pricing. This is not a general change in our business practices, just the realities of offering a fully-featured app at a low price point.

Posted in Leech, Products | Comments Off on Leech turns three…version three, that is

Starting with our recent update to Keymo, we rolled out a new help system. We developed this new system to solve some aggravations we were having with Apple’s built-in help system, and to provide our users with a better help experience. This new help system will be rolling out to all our apps in the very near future.

Here’s a quick peek at the first screen of Moom’s new help:

There are many aspects to our new help system that should make in-app help work much better for our users—some new features, some existing features working better, and a revamped look and feel.

Yes, that’s right, we’ve updated the updater in our direct apps. Our direct apps rely on Sparkle to inform you when there are new versions available. Over the weekend, we were made aware of a potential vulnerability in how we implemented Sparkle. Basically, if your network is already compromised by what’s called a Man in the Middle attack, then it’s possible an attacker could use the Sparkle update mechanism in our apps to remotely execute code on your Mac. That’s bad.

Although this is a relatively small exposure (as you must already be on a compromised network), we felt it was important to act on it right away, so we’ve updated all of our apps to use Sparkle over secure HTTP (HTTPS). Please update any directly-purchased Many Tricks apps immediately.

Important: There’s a bit of a Catch-22 here … in order to get you this update, it must come over insecure HTTP, because that’s how Sparkle in the app you’re using is configured. If you are concerned that you might be on a compromised network, please do not update using the in-app updater. Instead, just download the relevant app(s) directly from our site, which uses HTTPS.

If you have any questions on this update, please leave a comment or email us directly, and we’ll do our best to address your questions.

Note: Although our App Store apps don’t use Sparkle, we know they’re out of date with some of the other minor bug fixes that came with these releases. We’ll be submitting updates to the App Store next week to get App Store users current.

The Many Tricks holiday sale event and charity drive

People ask us all the time, “When are your apps going on sale?” And we always reply “We don’t know,” because, generally, we don’t know. But we know now: Our apps—when you purchase directly from us—are on sale for the remainder of 2015, and there are two ways to take advantage of the sale.

Option One: Own Them All 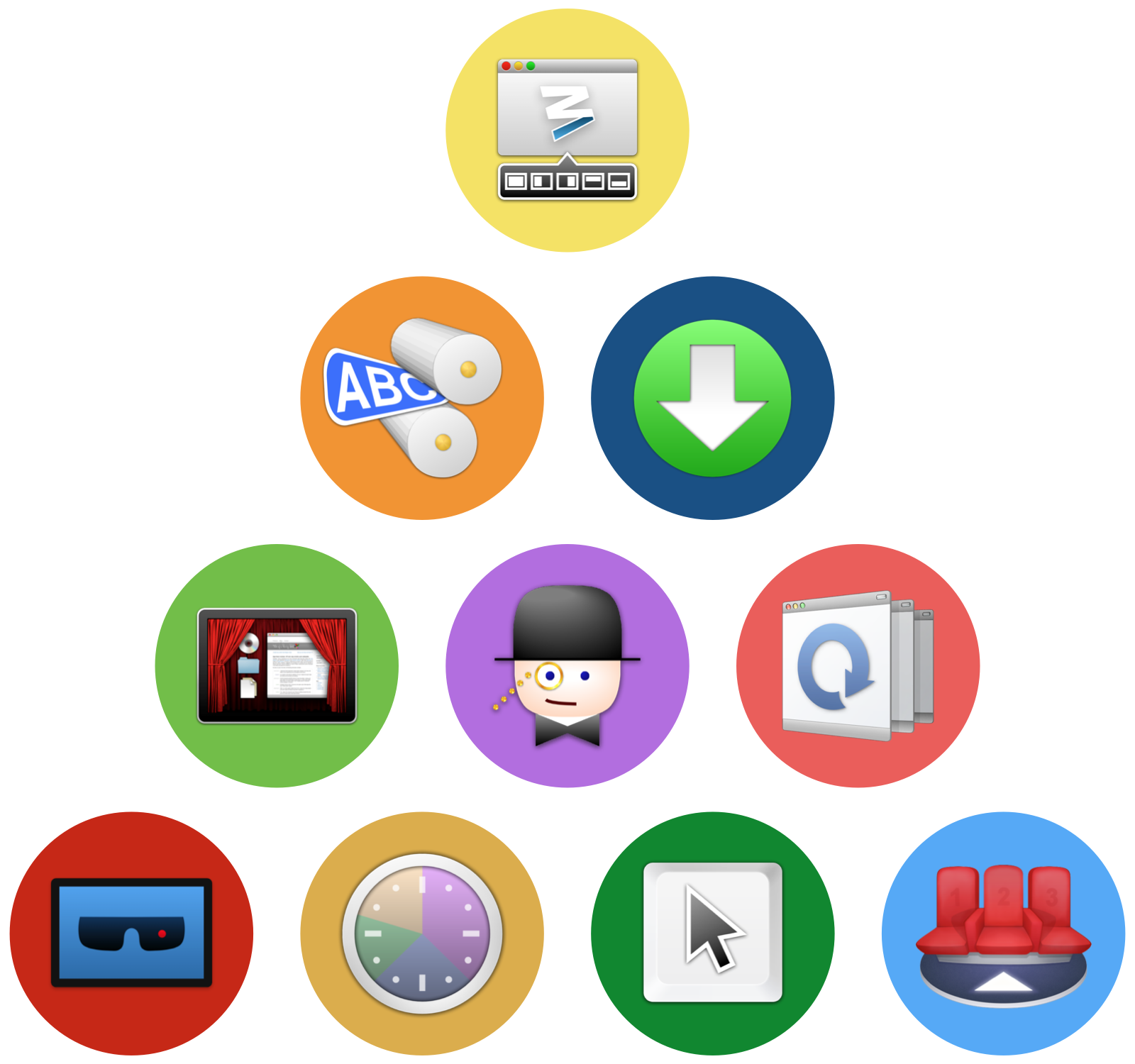 First off, you can own them all for just $50—that’s $62 off the normal price of $112 for all 10. All ten apps, fifty bucks total. These are fully licensed versions, not some special one-off, so they’re all eligible for upgrade pricing when major new releases come out.

On the charity drive front, we will donate $10 for each bundle sold to the United Nation’s refugee fund, to help with the ongoing global refugee crisis. And to get things started, we’ve already donated $500 to the fund.

Option Two: Save Some Coin

If you don’t really want all our apps (we don’t understand such thinking, of course!), you’ll want to use option two: Every purchase is 30% off for the remainder of the year.

We will donate 10% of our net proceeds from any individual sales to that same UN refugee fund.

About the Mac App Store

You may have noticed that this sale is only available to customers who purchase directly from us; our App Store app pricing is unchanged, and we can’t create a bundle of apps there anyway.

So why aren’t the individual MAS versions on sale? Quite honestly, we feel Apple has ignored the MAS for too long, and as a result, the customer experience is not what it should be. Add in the recent snafu with certificates, and we would like to reward those who choose to purchase direct. That’s why this sale is for direct customers only.

So there you have it, the Many Tricks year-end sale event and charity drive.